Robert (Bob) Jenkins’ Stewardship Forest is in Millview, Florida, which faces the Perdido Bay west of Pensacola in Escambia County. Millview was a bustling timber town in the mid-1800s with multiple operating sawmills built on pilings over the bay and remnants of these pilings are still visible today. The locally cut pine logs were floatd down the Perdido River to these mills to be processed and shipped by train to the Port of Pensacola.


The Jenkins family acquired the Millview property during the Great Depression in the 1930s. By then, the local pine forests had been timbered out and Millview was a ghost town, a shadow of its former glory. The family moved to Pensacola in 1956 but continued to grow pine for timber and turpentine on the Millview property. The land is named the Jenkins Millview Trace in honor of the last small trace of longleaf pine forest in Millview.


Bob graduated from Escambia High School just down the road from the family home in Pensacola in 1968. He went on to graduate from Cornell University in Engineering. He learned his love of the outdoors from years in the Boy Scouts, ultimately becoming an Eagle Scout. As a scout, he planted pine trees as a community service project on land controlled by the Pensacola Naval Air Station where he also learned to shoot skeet and to hunt dove. Bob is now an active advocate of agricultural and hunting legislation. 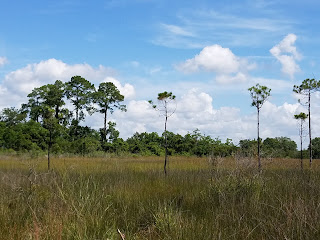 In the late 1980s he helped found the first local Quail Unlimited Chapter with other Pensacola conservationists. Early on, Bob participated with other Quail Unlimited Chapter members in several community projects supporting quail habitat in the Blackwater Forest. Through Chapter activities, he gained knowledge of quail life cycles and the importance of plants such as lespedeza, wiregrass, broomsedge, and Chickasaw plums for quail. Most importantly he learned about longleaf pine. The longleaf pine forest had been the predominant forest type of the Southern Coastal Plain and a habitat that supported great bobwhite quail hunting.


Jenkins’s father had done a selective timber cut in the late 1960s but the trend at that time was to let slash pine naturally reseed and regenerate for the pulp and paper industry. During the 1950’s and 60’s the property was burned to keep lanes open for turpentine collection, but after that industry shut down, burning stopped and underbrush growth was unrestrained. When wildfires raged in the late 1990s on the west side of Escambia County, Bob realized his slash pine stand in Millview was at risk for a devastating fire due to years of fuel buildup from pine straw and underbrush overgrowth. Of equal concern were the subdivisions that had been built surrounding his property and the risk of what a fire on his property would do to these homes. His land had been become a wildland-urban interface area and he decided to act.


In the early 2000s, working with his consulting forester, Stan Revis of the Tree Longevity Corporation, a long-term stewardship plan was devised to harvest the slash pine and replace them with longleaf pine. Because once established longleaf pine is adapted to periodic fire, the main goal was to keep the underbrush controlled by prescribed burns. This would allow the forest to be more open for easy walking and establishing varied wildlife habitats. This type of management also greatly reduced the risk of a fire for his neighbors.


Based on the plan, burning to control the understory was started and the first of over 300,000 longleaf pines were planted. Purchase of an adjacent property has increased the acreage of longleaf pine from 375 acres to 600 acres. Most of the forestry work is done by Bob and Stan Revis and includes long-term planning, site preparation, establishing fire roads and food plots, herbicide application to control invasive species such as Chinese tallowtree and cogongrass, beaver control, prescribed burning, and hiring and directing tree planting crews. The property has been burned regularly about every three years, but recently, mechanical mulching has been utilized to remove brush in areas that have not been burned successfully.


Bob has opened the property not only to hunting, but also to fellow landowners to participate in tours and prescribed burning training. He has experimented with longleaf planting techniques and survival rates by alternately planting five rows of containerized seedlings versus bare-root seedlings on one thirty-acre parcel. His Stewardship Forest and certification in the American Tree Farm System was recognized during the 2018 Escambia County Farm tour, organized by the UF/IFAS Escambia County Cooperative Extension Service.


Although the goal of quail hunting has yet to be achieved, the forest is home to an abundance of wildlife including deer, turkey, dove, rabbits, coyotes, raccoons, opossums, and wood ducks to name a few. Recently a deer hunting club of local families that include young boys and girls has taken on the job of planting food plots and enjoying recreational opportunities of the property.


Bob and his wife, Carol, have been married for 35 years and they have two grown children. The whole family, including a chocolate Labrador retriever, has helped with planting and working on the Jenkins Millview Trace.
Posted by Florida Land Steward at 6:08 AM